The members of the International Board act on voluntary basis and have the competences of ensuring the interconnection  with Albanian community’s interests and the national institutions of the countries where they live, by suggesting new project ideas and concrete financial proposals in order to accomplish the objectives of the association at international levels

Aida is highly motivated Albanian/English language and Literature graduate who is keen to build on a rewarding career, in a challenging position, within a progressive company where professional knowledge and expertise can be developed whilst building upon existing skills, knowledge and experience. She has over fourteen years’ experience in teaching, interpreting and as well coordinating and development of projects within supplementary schools across London, in partnership with other organization such as the British Museum and other London government bodies. And having been a professional Language Trainer, teaching the FCO students for the past 5 years, Aida has developed a strong lesson plan for this teaching environment. 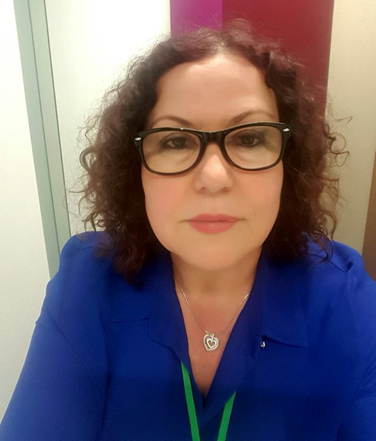 Aurela is a Teacher of Albanian language, researcher in bilingualism, culture, education and society.

Aurela has been working as a volunteer of Albanian language teacher in Thessaloniki for about 8 years at the Albanian Mother Theresa Immigrant Association.

Aurela has participated in numerous presentations at international scientific conferences in Greece and nationwide seminars on Albanian language in Albania and Kosovo and has been involved in many European projects and scientific research in collaboration with Aristotle University of Crete and University of Tirana. 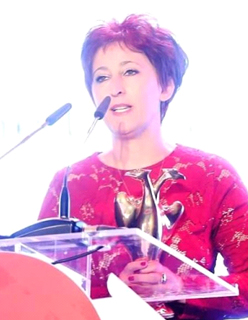 Since then, for the past 15 years Blerina has worked for major global tourism companies such as: Pan Pacific Hotels Group, Merlin Entertainments Group and Expedia Group specializing in different fields such as: inbound, hotels, attractions and online.

From 2017-2019 Blerina moved back to Kosovo and worked in different successful tourism projects with Swiss Contact/ PPSE, USAID, UNDP and Ministry of Trade Industry – Department of Tourism by bringing global to the local.

Blerina’s knowledge in Tourism field is an asset for Kosovo and Albania and she promotes both countries whenever she can. 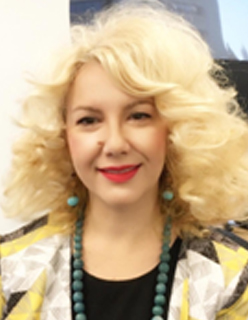 Fitije has a Master’s degree in Zootechnical Sciences at the University of Agriculture in Tirana and  worked for several years in her specialization, covering management roles. In 1994 she emigrated to Italy, where she obtained the recognition of her Master’s degree and specialized in Real estate Management. She is currently a freelance Real estate Manager with 18 years of professional career, registered with the Italian national association of the real estate managers. Her professional experience and the will to improve her native Country have allowed her to participate in the drafting of the law on the profession of Real estate Manager in Albania at the Ministry of Urban Development and Tourism. In Italy she is co-founder and co- director of the association Te integrohemi se bashku (Let’s integrate together), with the aim of helping the integration of foreign women in Italian society. 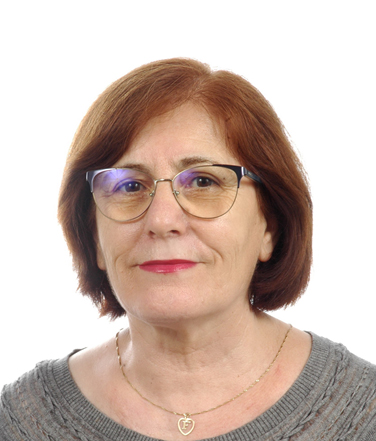 Fitore was a candidate for member in the Parliament of the Republic of Northern Macedonia in the last elections.

Fitore has many years of experience in the field of journalism and she is currently a lecturer in Albanian language and literature and chief editor of the children’s magazine “Shkendija”.

For several years she held the possition of Consultor to the Mayor of Cair, a member of the leadership of the Women’s Forum for the Democratic Union for Integration party, and a member of the Committee on Culture in the Municipality of Cair (Skopje).

Fitore has led the Association for the Protection and Promotion of Women’s Rights – ELAN in Northern Macedonia for many years and has made an extraordinary contribution as a trainer in many projects related to women’s rights, the advancement of Albanian women in economy, culture and health. 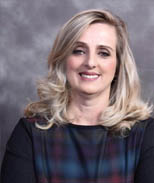 She was the President of the “Korabi” non-profit organization whose mission was to help children in extreme poverty with basic needs and funding for education.

As a Human Rights Activist she has been a strong voice for women’s rights, for LGBTQ people, for people with disabilities, for women raped during the war in Kosovo, protests for immigration reform, etc.

She was the creator and coordinator of the “Youth leadership development” program. She is the Producer and moderator of the show “Your Voice” on Albania TV Chicago. Whose mission is to promote and give voice to Albanian women who are inspiring role models with their valuable work and contribution to making the world a better place. 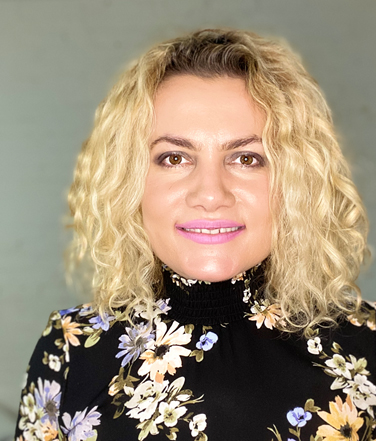 After completing her studies in film directing, at the Higher Institute of Arts, in 1988, she was named director of different artistic television programs such as “Koha ne pentagramin tim” – and different music shows during 1995-1997. “Jo vetëm Kafe”, was a show that attracted a great deal of audience, in which she has been the author, host and the director at the same time.

Ingrid is the author of several TV shows, she is a music and literature editor, and the TV host and director of “Yesterday” – things you will never forget- a TV show about music and art in the World during the 50s’, 60s’, 70s’ and 80s’ and she selected several movies of different genres, very highly rated by AFI (American Film Institute).

In 2016, Ingrid became part of “Glanzing Tendler Performances” association, the mission of which is the “Cultural Diplomacy”, promoting art and successful Albanian artists, by “placing” them in the same scene as their colleagues from other countries.

In 2017, Ingrid organized “Vienna Salutes Tirana”- which held at “Konzerthaus”, one of the most prestigious operas in Austria and Europe, sponsored by the “Ministry of Foreign Affairs of Austria” (BMEIA) & “Glanzing Tendler Performances”. The same show has also been held in the “Palace of Congresses”, and marks the beginning of the “Cultural Year” between Austria and Albania in Tirana.

Ingrid possesses a Master of Applied Arts at the University of Vienna in Art Management. 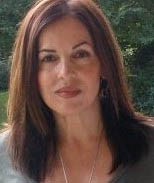 Magda has been working for 20 years in the media (press), she has been involved in the education and orientation of young people and has also coordinated and written books in this field.

She has participated in many expositions of the journal “L’étudiant” and Onisep (National office of information on teaching and professions, under the tutelage of the Ministry of National Education). Magda has also worked as an iconograph (selection of photos, shooting and text editing) for several magazines such as “Design and Decoration” and she has been a translator for the Ministry of Defense.

Magda hold a Master’s degree in History and Geography at the University of Paris Nanterre and a degree as Librarian and Documentalist at the Catholic Institute of Paris (ICP).

Her hobbies are reading, art, photography and culture. She’s curious and able to make easy contacts with other people and has the ability to adapt to different situations.

She has a 17-year old daughter. 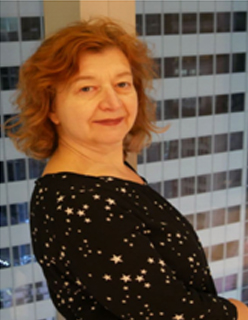 Remzije is cofounder of  Albscott, Albanian /Scottish association and for more than 15 years directing  Maryhill Integration Network (MIN)  to support and  to create a unique, safe and welcoming environment, to enable  communities to come together to share and explore the richness of cultural diversity in Scotland, and encourage people to participate, contribute and embrace opportunities.

She believes that the arts is a powerful way to reach out and change attitudes, culminating in MIN publications, exhibitions, costume making and fashion displays, international choir, contemporary & folk dance ,theatre production,  events at local ,city-wide and national levels.

In 2006 Rema established “Echo”, first international dance and theatre production in Scotland. In partnership with Barrowland ballet, she has produced more than 15  theatre productions exploring refugee plight, journeys of death, settlement and issues faced by new communities in Scotland performed across Scotland and 8 of production’s performed at Theatre Royal. Remzije’s   book “Shadow Behind the Sun” which was published in 2007 was short listed for the Saltire Prize and for Scottish Arts Council first book prizes. It recounts her experiences as a refugee and contains interviews with asylum seekers describing the conditions in which they live, placing them at the heart of the tragedy of exile.

She also received Community Champion Award for Arts and Culture from the Scottish Minority Ethnic Achievement Committee, UK migrant women of the year 2013, a Soltire Outstanding Women of Scotland 2017. Last year Rema, on 45 Anniversary of Radio Gjilan -Kosovo, has received a special recognition,  for her contribution and work at this radio station. This year she is the winner of special Scottish Women in Business Spotlight Award. 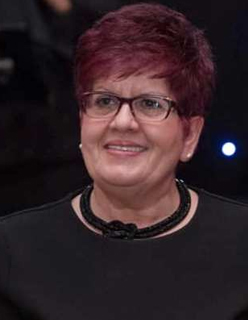 Remka Huruglica is a Canadian-Albanian journalist and activist who started the Albanian Canadian radio show “Radio e Diela” in Toronto, Canada in 2011. Remka attended the University of Prishtina where she studied Language & Literature however, she always had a passion for the journalistic arts. She approached CHIN radio with the idea to host a show where Albanian listeners can enjoy music and news from the local Albanian community as well as around the world. Aside from hosting the radio show, Remka has organized many fundraisers in the last 8 years to collect funds for impoverished families in both Albania & Kosovo. In the last 20 years, Remka has volunteered for organizations such as the Terry Fox Foundation and is avidly involved in campaigning for the Liberal Party of Canada. Remka is also the founder of the Canadian-Albanian Women’s Association which currently holds 50 members. Her current profession is in interior design. 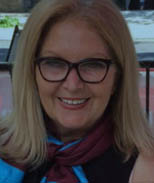 Leonora Zoto is a qualified Albanian specialist in political science and she owns a Ph.D in Migration Policy and Human Rights and a Master Degree in European Public Policies, both from the University of Crete, Greece.

Her scientific interests are focused on public policies, welfare state, immigration policy, human rights, rights on asylum, gender equality, women rights and education. She has written a range of scientific papers on these issues that have been presented and published in international conferences and reviews. She gained a valuable work experience while having the position of the Dean of the Faculty of Economics at Logos University College in Tirana for 3 years in a row.  Before and after that she worked on governmental institution as social researcher and specialist on tourism. She is fluent in English, French, Greek, Italian and German.

Her work experience is very precious because enriched her qualifications with the necessary organizational and communication skills and made a significant part of her professional identity. 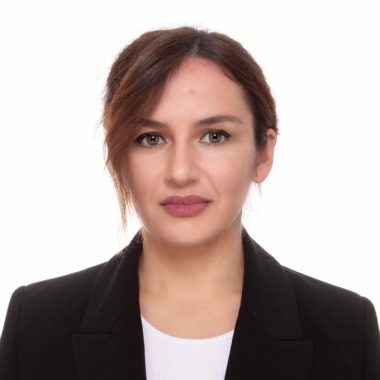 Besjana Xhani is an Albanian Psycho-social Counselor based in Bern, Switzerland.

As the CEO and Co-Founder of the Center for Social Research in the Quality of Health (QKSCSH), Besjana contributed and initiated for the first time in Albania by creating a website that offered online information and counseling for people living with HIV/AIDS, as well as for any citizens interested in Sexual Transmitted Diseases (STD).

Before working with (QKSCSH), Besjana served as a Social Worker at the University Medical Center “Mother Tereza” (QSUT) in Tirana. In addition to her position at (QSUT), she taught as a part-time lecturer at the Faculty of Technical Medical Sciences, University of Tirana.

In 2016 Besjana moved to Thessaloniki and was deeply engaged as a Psycho-social Counselor at the Positive Voice of Thessaloniki Center (VTC), working primarily with Albanian citizens in Greece.

Besjana has participated in several national and international conferences and workshops during her 15 years of experience.

She is currently attending a post graduate degree at the Internationale Gesellschaft für Systemische Therapie (IGST) in Heidelberg, Germany.

Besjana holds a B.A., Master and a Ph.D. degree in Social work from the University of Tirana, Faculty of Social Science. 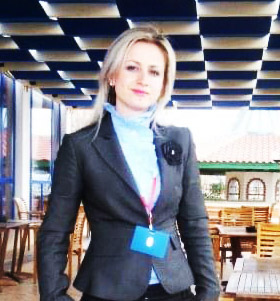